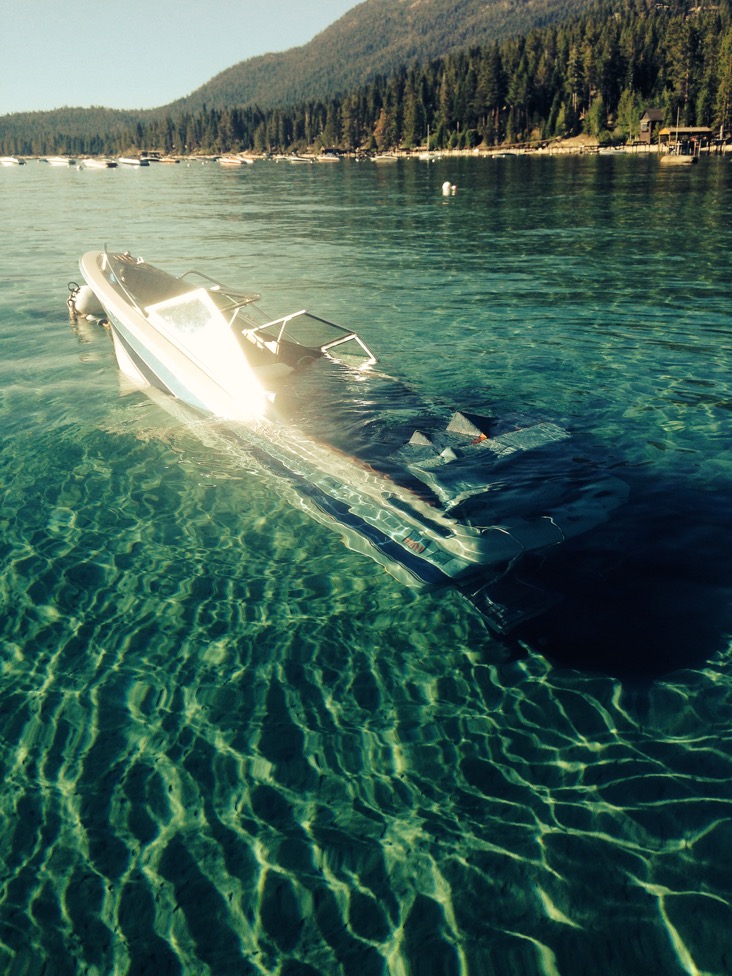 B.J.’S Barge Service was started by accident, Literally by Accident. It was June 19, 1981, when B.J.’s 16 foot Century Resorter “Early Times” was broadsided by another boat and sank. Lake Tahoe is a deep lake and fortunately Early Times sank in 45 feet of water. B.J. took this unfortunate event as a new calling and decided to salvage it himself. Being his first Boat Salvage he had to incorporate the help of his boss Herb Obexer and Herb’s equipment. He powered up an old WWII Army Duck Amphibian with a Garwood Wench and an A-Frame crane on it and set out to do his first Boat Salvage.

Shortly after doing his own boat salvage “B.J.’S Barge Service” was born.

Lake Tahoe has claimed many boats over the years, most from powerful storms others from human error. B.J.’s record for boat salvage was in 1988 when 55 boats sank from Rubicon Bay to Tahoe City. From that storm 23 boat salvages were recovered in one day by B.J.’S Barge Service, This is still the leading boat salvage record for one day. 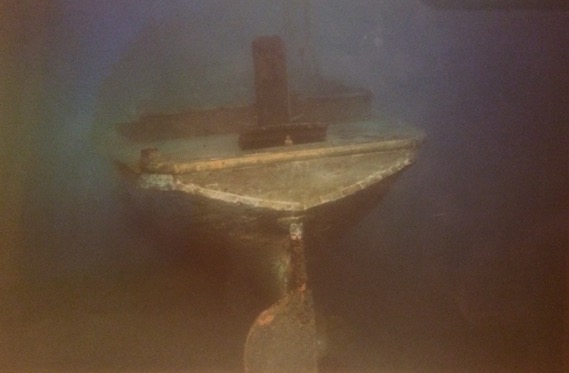 In 2000 one of the deepest boat salvages for B.J. was a team effort when Shanghai was discovered at 400 plus feet of water.  It all started when Alstom Schilling came up to Tahoe to test their ROV’s out in deep fresh water.  B.J. was asked to set-up a mooring station for the barge they were going to work off of.  Late one evening a strong wind came up blowing the barge off its station.

The wind woke up B.J. and his family and they noticed the barge was not in sight. Worried B.J. called Matt Daniels who said that not a breath of wind was blowing in Tahoe City.  On Matts way over to Homewood he saw downed tree branches in the road and was really surprised at what he was seeing because they’re was no wind just 5 miles away. Once Matt showed up he and B.J. took a boat out to the barge to assess any damage. B.J. insisted that they use the small ROV known as the Geek to check and see if the anchor blocks and mooring chains were tangled.

As the Geek made its way around in the deep water it traveled around an old rock crib and B.J. saw a big mackinaw and said, “Follow that fish!” that fish took them to the resting spot of Shanghai. The guys were full of excitement as they controlled the Geek around their treasure. Now what to do with their discovery. First they had to get permission to raise it, to do that they needed the original owner or family. Edna Obexer confirmed that it was indeed one of their boats.

Now, for some boat recovery action. It was time to devise a boat salvage plan. While preparing a duck BBQ on the barge for the boat recovery team, B.J. was brainstorming engineering ideas on how to raise Shanghai. Once the plan was settled on, the boat salvage was in progress, lots of anticipation and excitement filled the team.

The sounds of whooping and hollering were heard throughout Homewood in the wee hours of the morning as the 25 foot 1890s steam launch broke the surface of the water and came into view for the first time in so many year. This was one of the most exciting boat salvages for B.J. Shanghai was owned by the Obexer family and scuttled sometime in the late 30’s. 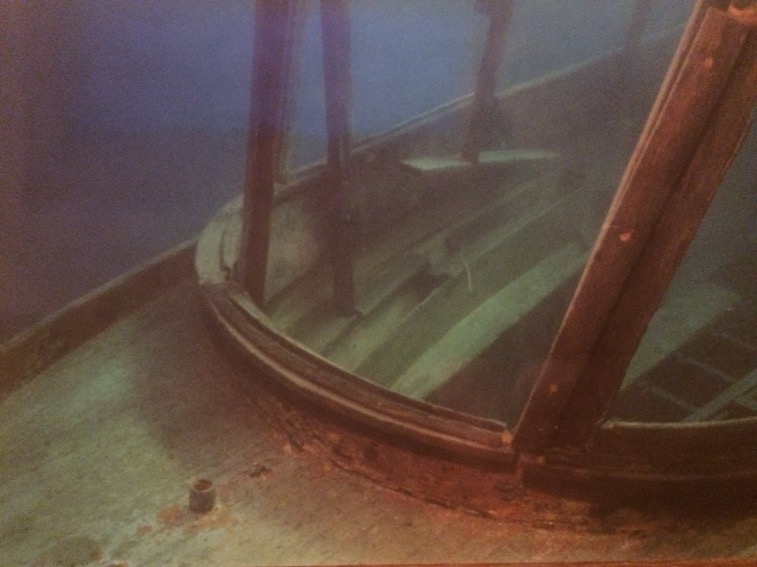 Another deep water boat salvage that B.J. did was a ski boat in 450 feet of water at Marla Bay.  Not as thrilling as Shanghai but it was a boat salvage and boat salvage is always exciting. When doing deep water boat recovery a ROV (Remote Operated Vehicle) is used. Some take hours or even days to find and some are never found. 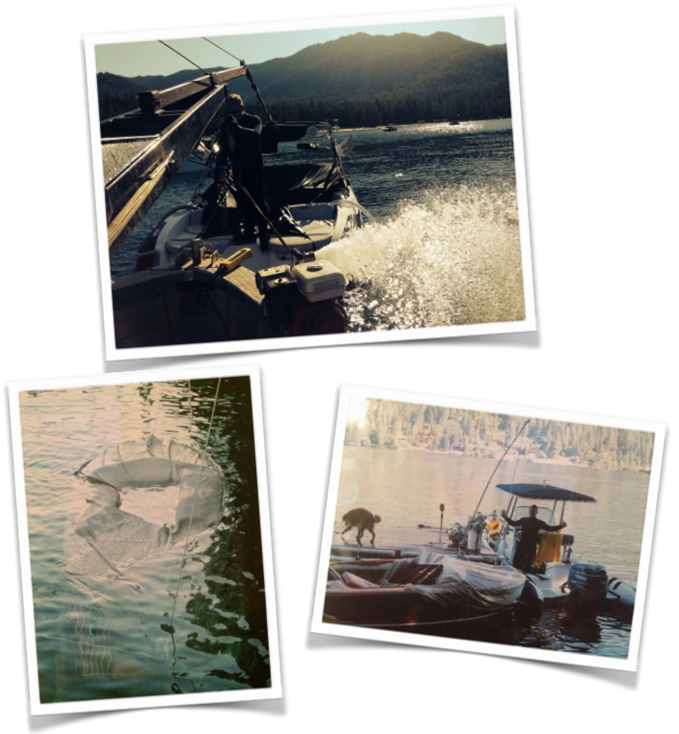 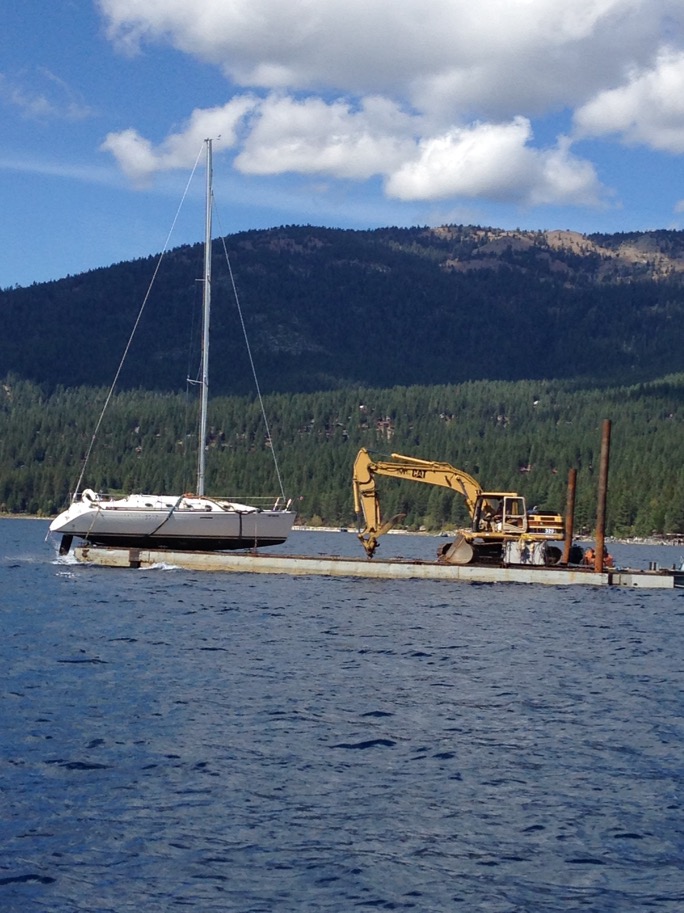